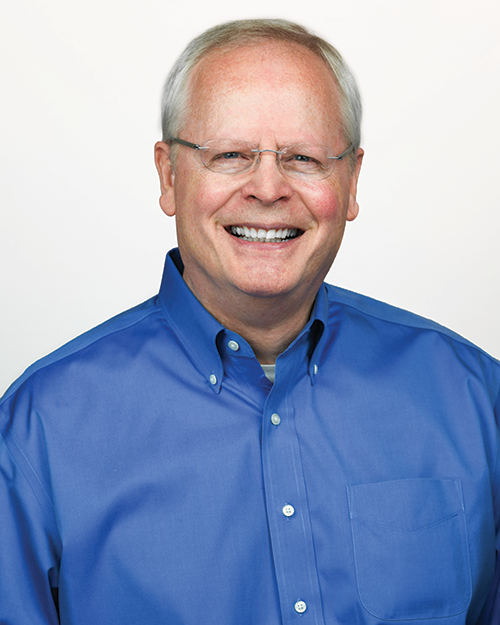 Who is Sam Storms?

Sam was born February 6, 1951, in Shawnee, Oklahoma. Both of his parents, as well as his sister, Betty Jane, were Christians. Sam was raised in a Southern Baptist context and came to saving faith in Christ at the age of nine. When he turned ten, his family moved to Midland, Texas, where they lived for the next four years. In 1965, as Sam was entering his freshman year in high school, the Storms family moved to Duncan, Oklahoma, where Sam's father became president of a local bank. Sam graduated from Duncan Senior High School in 1969, hoping for a career as a professional golfer. He attended the University of Oklahoma where he soon abandoned his plans to play golf (due to the combined factors of incompetence and a notoriously bad temper!).

Near the beginning of his sophomore year at OU, Sam met Ann Elizabeth Mount, to whom he proposed marriage on their first date! Sam and Ann were married on May 26th, 1972. They have two daughters, Melanie (born December 23, 1978) and Joanna (born October 3, 1984), as well as four grandchildren.

After graduation from OU in 1973, Sam entered Dallas Theological Seminary to study in preparation for the ministry. He graduated in 1977 with a Th.M. in Historical Theology. While at Dallas, Sam served as interim pastor of Dallas Independent Presbyterian Church (1974-1977). Upon graduation in 1977, he joined the pastoral staff at Believers Chapel in Dallas, a non-denominational bible church. Sam began his work on a Ph.D. in Intellectual History in 1978 and received his degree from the University of Texas at Dallas in 1984, having written his dissertation on the topic of "Jonathan Edwards and John Taylor on Human Nature: A Study of the Encounter between New England Puritanism and the Enlightenment."

In August of 1985 Sam accepted a call to serve as Senior Pastor of Christ Community in Ardmore, Oklahoma, where he ministered for eight years. In 1993 he resigned his position in order to become President of Grace Training Center, the full-time bible school at Metro Christian Fellowship in Kansas City, Missouri, where Sam also served as Associate Pastor.

Although he never thought he would leave Kansas City, God had other plans, and in August of 2000 Sam accepted the offer to become an associate professor of theology at Wheaton College in Wheaton, Illinois. After four years on the faculty at Wheaton, Sam made the decision to resign in order that he might establish Enjoying God Ministries.

In 2008 Sam became Lead Pastor for Preaching and Vision at Bridgeway Church in Oklahoma City, Oklahoma. Sam serves as a member of the Council of The Gospel Coalition. Sam is a past President of the Evangelical Theological Society, and currently serves on its Executive Committee.

Below is a more formal listing of Sam's educational background, ministerial experience, and publications (both books and journal articles).

Thesis topic: "An Analysis of Jonathan Edwards on the Freedom of the Will"

Dissertation topic: "Jonathan Edwards and John Taylor on Human Nature: A Study of the Encounter between New England Puritanism and the Enlightenment"